Molly is the 24-year-old daughter of William and Christine Ahern from her hometown of Palmdale California. At the age of seven, she was diagnosed with type one diabetes. It started as a hurdle being as young as she was, but lead to years of being an ambassador for diabetes foundations and embraced becoming a role model for other children. Her selflessness and determination allowed her to never let anything hold her back. From competing in rodeo, 4H, even steer riding where she won one of her favorite buckles. Currently, she is pursuing her degree in kinesiology. When she is not working, she can be found with her four-legged friends including her miniature pig named Ralphie. Passionate about keeping the western way of life alive, Molly looks forward to being a part of the positive and supportive rodeo queen community.

Julia Bernard, a 25 year old daughter to Ralf Bernard and Karen Lake, grew up in Encinitas, California. From being an active 4H member, to becoming Captain of a NCEA Division 1 Hunt Seat Team, and now having held the title of rodeo queen, Julia has always felt at home on the back of a horse. Her passion for animals led her to graduate from the University of California, Davis, where she received a bachelor’s degree in Animal Science with an emphasis in Animal Behavior. Currently, Julia plans to return to school to receive a graduate degree and further pursue a career in Animal Welfare and Zoology. Julia is excited for the opportunity to compete for the title of Miss Rodeo California, and hopes to utilize her education in animal behavior and welfare to benefit the future of rodeo for many years to come. 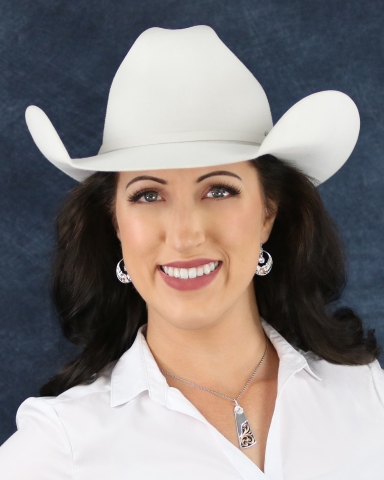 Surrounded by the Coastal, Klamath, and Cascade Mountain Ranges and farmlands to the south is the town of Redding, which Jackie Scarry proudly calls home. Having access to mountains, lakes, and rolling hills, Jackie has been able to pursue her love of photography, outdoor adventure, and everything cowboy culture. The 24-year-old daughter of Joe and Janet Scarry was introduced to the life of rodeo at 10-years-old and hasn’t looked back. She enjoys the familial atmosphere found within a rodeo committee, as well as the adrenalin rush found watching the rodeo competitors dominate their field.

When not working as a Dermatology Medical Assistant, Jackie spends her time competing in ranch versatility classes, reading a good book, or drawing. With a career goal of Crime Scene Investigations, Jackie’s final class for her Associates degree is underway and will start classes next year with Liberty University pursuing a Bachelor’s degree in Criminal Justice.